The Funny Side Stand-up Comedy Course
in association with... 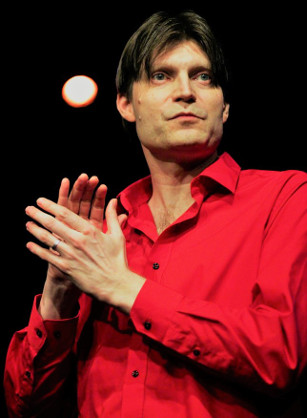 Our stand up comedy course due to start on April 21st has been postponed but keep your eyes peeled because an online version will be announced soon.

If you're interested in attending the next course let us know via contact@thefunnyside.info.

The course will run weekly for 6 Tuesdays and on the 7th Tuesday there will be a 'graduation' show.

We are delighted to announce the return of The Funny Side stand-up course under comedian writer and improviser Pete More.

Stand-Up comedy is a discipline that can be learned and we have a course here to take you from creating material through to performing in seven weeks! So if you've always wanted to try out your jokes on an unsuspecting world (and let's face it who hasn't) then why not take your first steps into stand-up comedy under the guidance of an experienced tutor. The participants will be coached in writing, performing, dealing with the audience and encouraged to develop their own style.

Peter More has been teaching stand-up for nearly 10 years. As a performer, he founded two clubs in Amsterdam. Last year at least 4 former students had shows at the Edinburgh Fringe Festival.

Note: If you cannot make the first week don't worry - you may join the course up to week 2.

Venue: The venue for all classes, and the graduation show, will be The City College, 2nd Floor, 55 East Road, London N1 6AH

Refund policy: Attendees can receive refunds up to 7 days before the date of the first class. After this no refunds can be made. 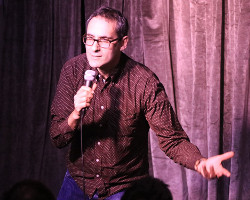 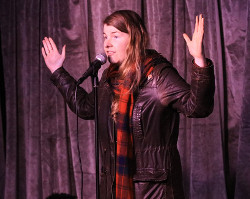 To book your place on the course call our Booking Line on 020 7060 0404 and pay using your debit or credit card (sorry we do NOT accept Amex). If we're on another call you may get through to our answerphone.

Email us at contact@thefunnyside.info, we'll be happy to help.

Some Nice Words About
Our Stand-Up Course

Have a look Who's in the Gallery 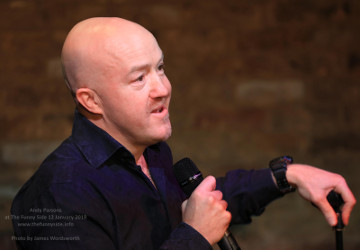